and back on the GDB 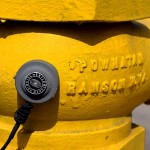 Saturday, July 12, found Jacob and Dave out on the Gerald Desmond Bridge again in Long Beach, doing what we do: listening to lampposts, taking photos and video of infrastructure and plastic manikins, impromptu interviews with the Port of Long Beach Harbor Patrol. Our Saturday morning adventures were followed by cruising the bridge to take video of the transit both directions that night, an effort that spilled over into the following day.

We’re preparing for our performance at the Arts Council for Long Beach‘s A LOT “Downtown” location September 28. This will be the second year—and third wikiGong appearance—featuring the Gerald Desmond Bridge and its Replacement Project.

Why gather more material…don’t we have enough? And why revisit the same bridge…especially a bridge not nearly as grand as the Golden Gate, even judging by our broad definition of “gong“? The first question was asked more than once—and by more than one spouse—in the context of the notional sacrifice of yet another otherwise convivial weekend to this peculiar monument, accompanied by a vague unease about deferring composition and rehearsal—arguably far more central to the success of our upcoming fall performance—in its favor. In short, was this really what we needed to be doing right now? And did we, in fact, know what we will be (or are?) doing at all?

Fair questions. We can attempt an answer, or describe the activities. We might even attempt to skirt the general division of blogs into one or another broad category: chronicles versus unfettered speculation versus actual epiphanies. I’ll stick to chronicles with a smattering of asides for now….

We scoped the assay activity broadly into thematic elements and media duties:

This was our first bridge assay without an analog component—such as SLR camera film—in the raw output stream. While it’s a bit early to fully assess the impact to our working practice, we can note the digital approach generated a lot of raw material, which could be posted almost immediately after capture—and without the time for reflection imposed by the prior development process. As Jacob put it, “the all-digital approach is like coffee: it allows us to make more mistakes, faster.” I have to agree. We have proof.

The GDB is so dynamic—when you are actually balancing on the swaying, bouncing, see-through walkway grating, 160 feet or so above water or cement—that it cries out for video. My initial notion here was to augment the still photos from the prior year with something a bit more punchy and focused than the forty-five minute “transit” we captured that first time. These samples would be woven into the visual stream of our upcoming A LOT performance.

Jacob has already posted several of the raw Nikon D3300 samples to YouTube:

…and you may want to turn down the volume knob on this next one….

The Nikon D3300 digital SLR did a remarkably good job with video.

On our first GDB audio assay, we didn’t take video of each element we recorded. So we hadn’t focused on whether the sounds correlated closely to visual action or not. Taking contact-mic audio along with the video seemed advisable. (In retrospect, plugging the contact mic’s output directly into the video camera could have saved an editing step or two, though at the expense of bit depth and sample rate. Too late for that now….)

This was also an opportunity to investigate objects we’d missed sampling the first time around—a signpost stand with a sign actually attached, for instance—and to augment our files on certain objects with alternate recordings. Many of the elements are recognizable from their timbres and rhythms, though it’s apparent that sonic variation day to day is quite significant.

Becky suggested we begin building parallels between the various video materials—we’ll be reprising Elegy for Matt Mason, in particular—but was not particularly impressed by my initial notion of putting GI Joe on the bridge. Her idea of an Everyman for this project was Mattel’s Ken, who turns out to have a business suit available, if one searches hard enough; she did. It certainly upped the ante for us boys walking the bridge and shooting pictures that day.

Ken looked out over his shipping empire in despair. He’d wanted to be a pastry chef….

Ken turned out to be more photogenic than we’d expected, once we discovered bits of baling wire littering the bridge that we could use to keep him upright on the shuddering pedestrian walkway. And I don’t think anyone could convey that “I’m never getting to Mars anyway…” feeling with more conviction.

spinoffs and other opportunities

Almost any planned soundwalk is going to offer some serendipitous content and give rise to other ideas. This one didn’t disappoint.

land and sea traffic below

We spent a lot of time working the far west end of the bridge this trip, traversing it in the direction opposite our first joint assay in 2013. The grating of the walkway floor offers a good view of traffic underneath, and this Saturday there was a lot of it. We captured a fair amount of footage of container trucks passing below, in addition to the usual traffic on the span within an arm’s length.

The complexity of harbor schedule postings kept us from making any definite arrangements to capture ship movements. So we were delighted to have a couple of Leviathan passages take place below, including one heavily-laden container ship that passed by while we were working Ken’s fashion-shoot mid-span. The ships radiate no audio to speak of—at least, nothing in the range of human hearing—at the slow speed they operate at while being tugged about the harbor, but we got some nice video and still shots.

The joy of a new video camera—the Nikon D3300’s maiden voyage in this capacity—drove us to driving…around and around for two days, as it turns out, canvassing the bridge in a very different way. Besides driving the project’s gigabyte profile through the roof, we were able to capture the GDB in a fuller context than before by approaching it from both sides and at several different times each day.

Jacob has already posted several of these as well. We recommend turning sound off unless you really love wind noise:

But there’s some consolation in knowing the finished work will be fully transformed through creative editing. At least, that’s the plan.

new pulp for the poster mill

Once we’d managed to suppress our uncanny valley response to Ken, other character “applications” began to pop up. We needed a poster to promote our autumn reprise of “Buzz”, our perennial office bingo piece.

Jacob’s brilliant suggestion—made about thirty minutes into Sunday’s late night photo shoot—was that Ken and Joe might not fall off our shoulders so readily if we lay down and shot all subjects on their backs. Some handy paint sample tins helped raise the action figures off the ground to give that “perched on the shoulder” look. Above is one result (not yet vetted by ACLB for broader publication).