…in which wikiGong dives once again into turbulent waters with phog masheeen for an artist-curated video sound event under the aegis of soundpedro2022. 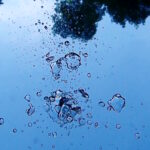 …in which we gild a recent lily…

Breath of Heaven is a meditation on air and water first shown June 4 at soundpedro2022 in southern California.

Posted by Mr Yesterday on May 6, 2022 in audio, blog, performance, projects, soundpedro | No Comments

…in which we overreach once again…

Dave will be reusing the PYO(m)C engine live at soundpedro2022 to create a soundtrack for Sovereign State of Mind: Anthem of New Abalonia at the Angels Gate Cultural Center on June 4.

pouring my own (musique) concrète

…in which I finally release Pour Your Own (musique) Concrète. Sort of.

Originally imagined as a gallery installation, the web-hosted version has been optimized for smart-phone use by the socially distanced.

Blessings for the Bees of the Dead

Posted by Mr Yesterday on May 19, 2019 in audio, blog, performance, projects, soundpedro | No Comments

Jacob‘s long fascination with apiculture–he is an active member of the Long Beach Beekepers–and our incipient dread of the impact of species collapse suggested our theme for soundpedro 2019.