What's going on at wikiGong.com 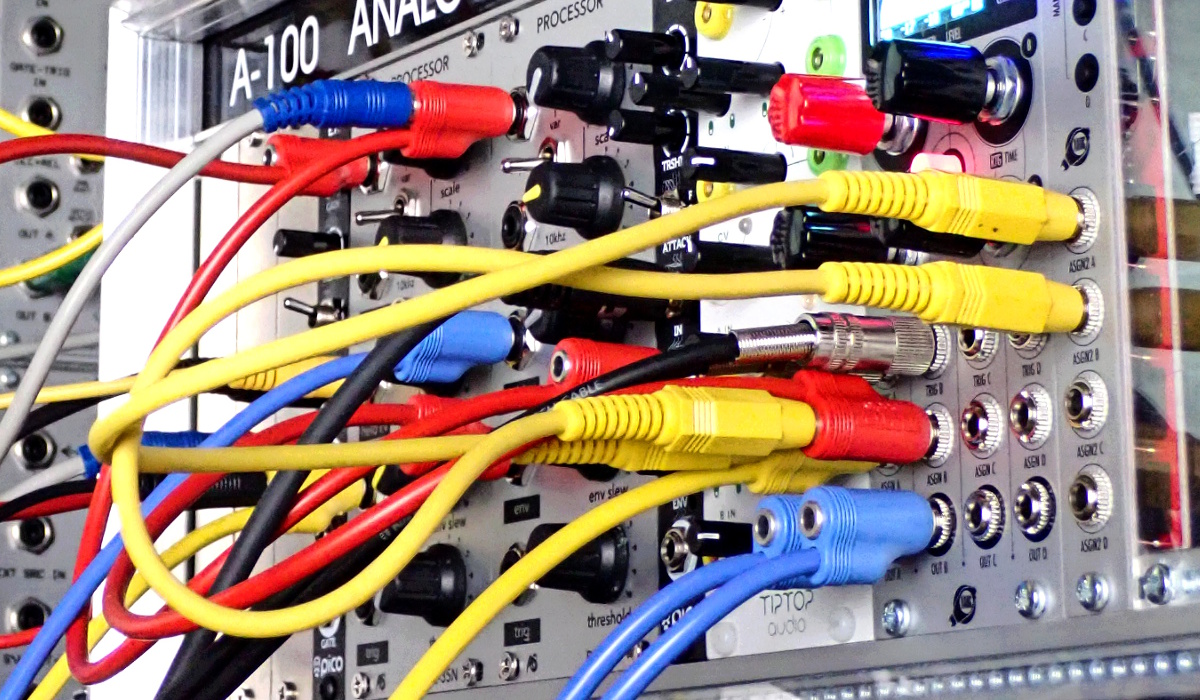 Dave’s been blogging about an ongoing project, adding a new Eurorack modular synthesizer to the ENKaudio Arts media studio. 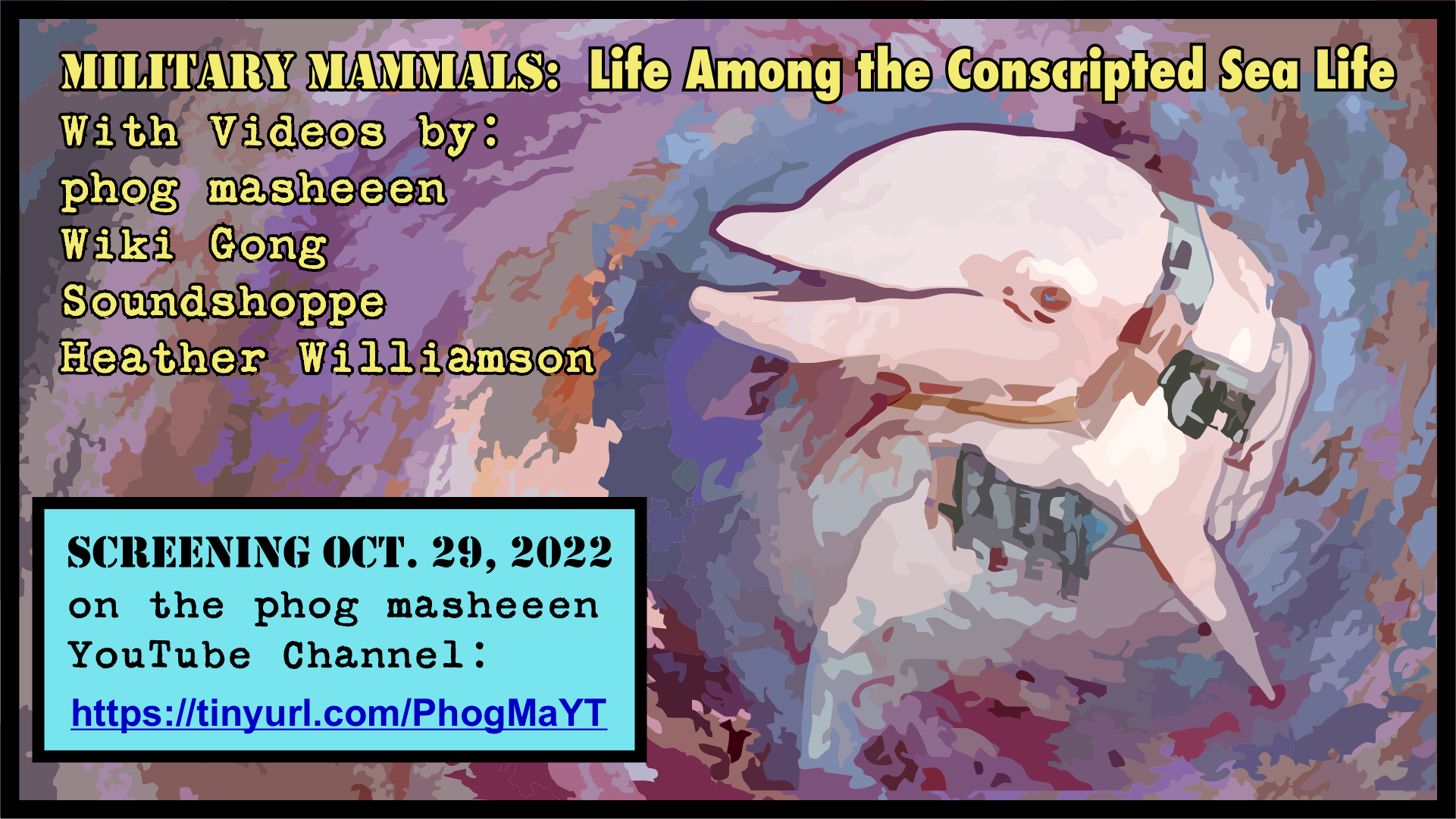 Once again, wikiGong joined phog masheeen and other artists, this time for the soundpedro2022 Artist-Curated Event, Military Sealife…or is it “mammals”?

If you missed the premiere, Military Mammals: Life Among the Conscripted Sealife will be on phog masheeen’s YouTube page…indefinitely. More about the project is available on our blog and project pages.

D A Ayer’s first aeolian harps appeared at soundpedro2018 under their wikiGong.com title, “Aeolus Woke”. Those six plastic harps were the second functioning versions (V2); even with the steady evening winds off Angels Gate, they required amplification. Ever since, Dave’s been working on designs that won’t. The “V6” harp of aluminum and zinc uses bronze-wrapped strings “played” only by the wind and readily audible to the unaided ear.

“Alviso Wind Harp Test” documents the result of this four-year investigation into free-standing aeolian harp design. The single, continuous audio recording used for this video montage was made in the open air with a free-standing acoustic microphone. Wind speeds were between seven and twelve mph. Sound editing was limited to low-cut filtering to reduce wind noise followed by mastering for video. It’s now posted on both Vimeo and YouTube.

The South Bay town of Alviso, California (a favorite haunt, see also its approach) endures wind speeds of eight to fifteen miles per hour and higher most days, which turns out to be more than strictly necessary for good sound volume.

Besides the Military Sea Life premiere on October 29, we’ve a contributed to a few soundpedro events this year. The reistatement of a live event at the Angels Gate Cultural Center on June 4 was particularly welcome. Dave also submitted a couple of works to the “Sounding Videos” stream released September 20.

For a more immersive experience, you’ll find these interleaved with works by other artists archived on YouTube. 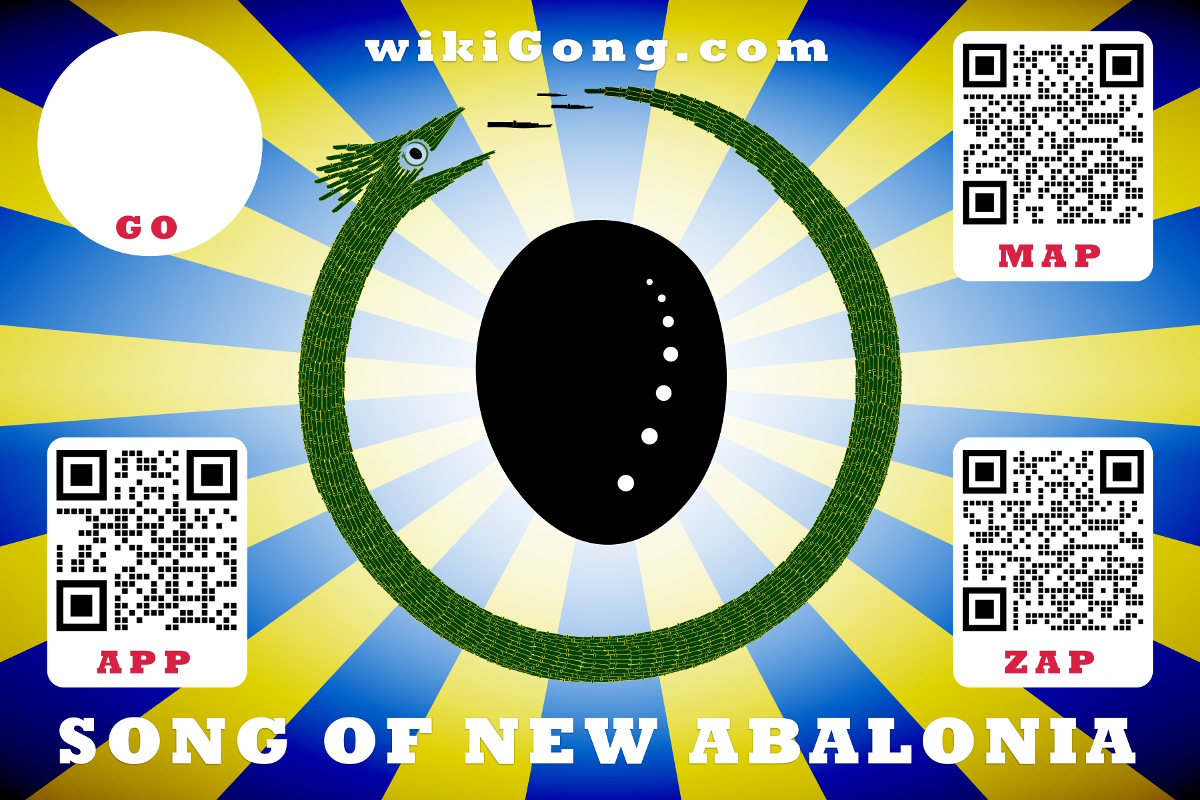 The soundpedro2022 event installments began with gallery shows opening April 9 at the Angels Gate Cultural Center in San Pedro, California, followed by a live in person event on June 4. 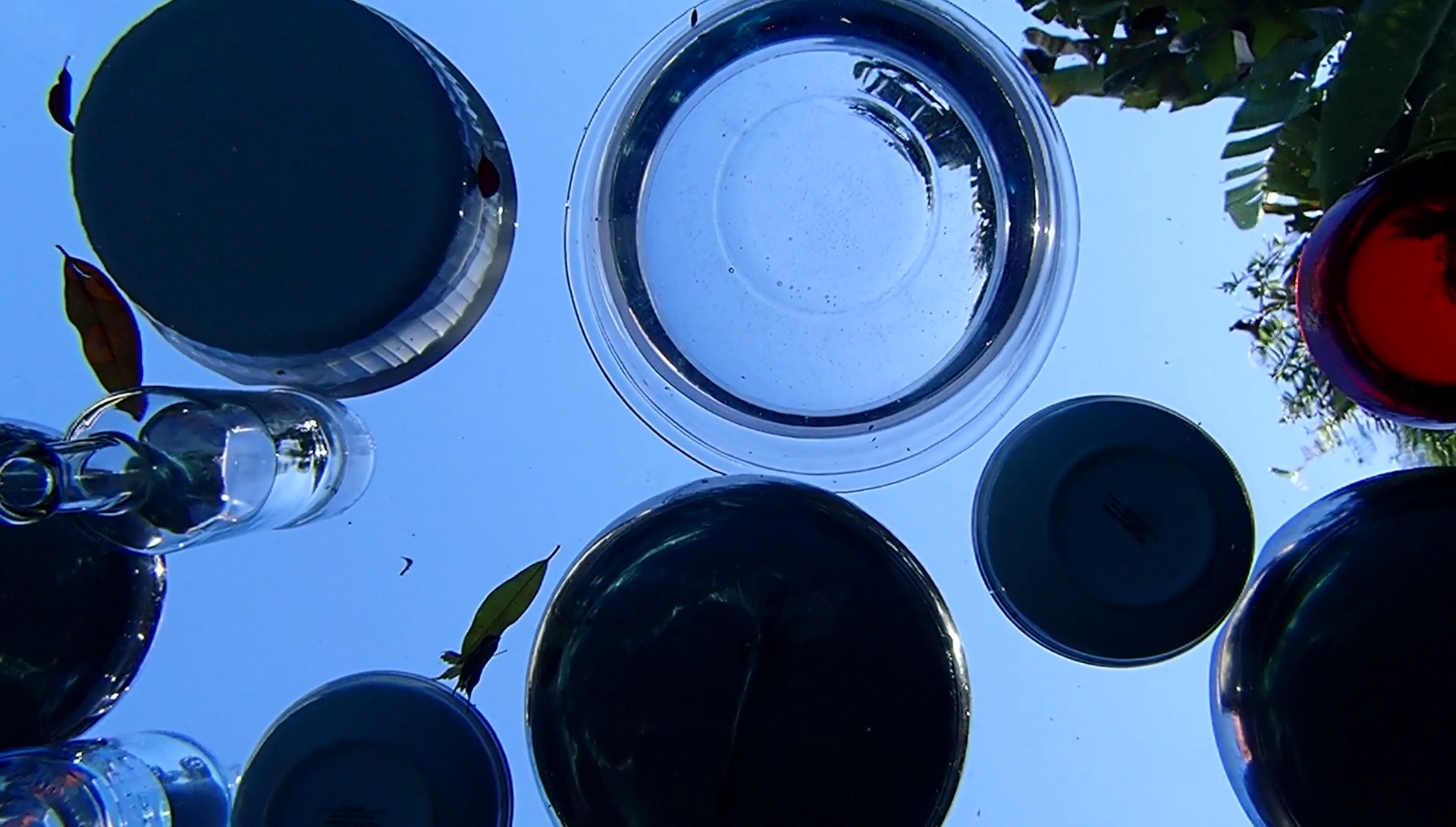 Our live performance was buttressed by two minimal video loops: Breath of Heaven (above); and Prayers Unspoken, which marries a long fascination with the sound of gamelan ensembles to more recent investigations into aeolian music. It’s also now available on both Vimeo and YouTube.
Check FLOOD’s soundpedro page for the ongoing calendar of soundpedro2022 events.

If you missed the site’s fourteen-hour service outage of January 14, 2022, it may not be clear that we’ve actually survived GoDaddy’s decommissioning of their “end-of-life” shared Linux hosting services. Actually, we self-resurrected following a process every bit as graceless and needlessly disruptive as we feared, but it’s over. Even Pour Your Own (musique) Concrète seems to be fully operational. Big sigh of relief here on our end…

You may notice some slow cache refreshes for a bit, but otherwise things should be back to normal. Keep those cards and letters coming. 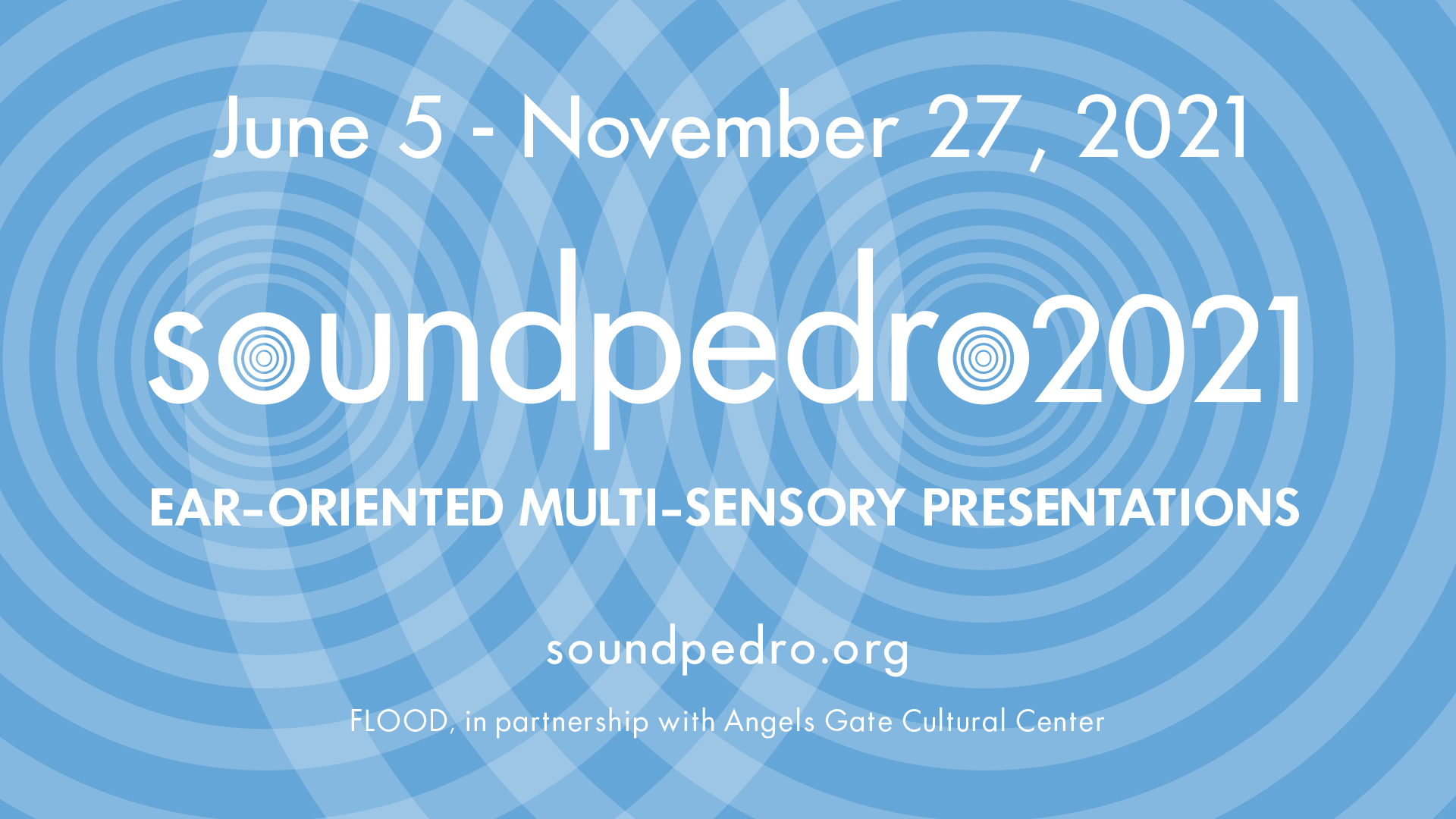 We dove into the pandemic format of soundpedro2021 on several occasions:

wikiGong joined longtime SoCal performers phog masheeen and Skunk Puppet on October 27, 2021 in the debut of this video project inspired by the deepest of terrestrial mysteries and the lore of those who dare cross it.

Watch the archived forty-five minute set on YouTube and read more about the project on our project page.

Check out more from the Wonder Valley Experimental Festival here.

Pour Your Own (musique) Concrète

Originally imagined as a gallery installation, the web-hosted version has been optimized for mobile phone displays. Use it to explore the free recordings available here at wikigong.com. Create multi-track soundscapes on the fly. Experiment. You can view the web page here.

On August 5 and 11, soundpedro2021’s VBODOBV live stream presented a brief video tour of the new page, which you can also view on Vimeo.

Message in a Bottle 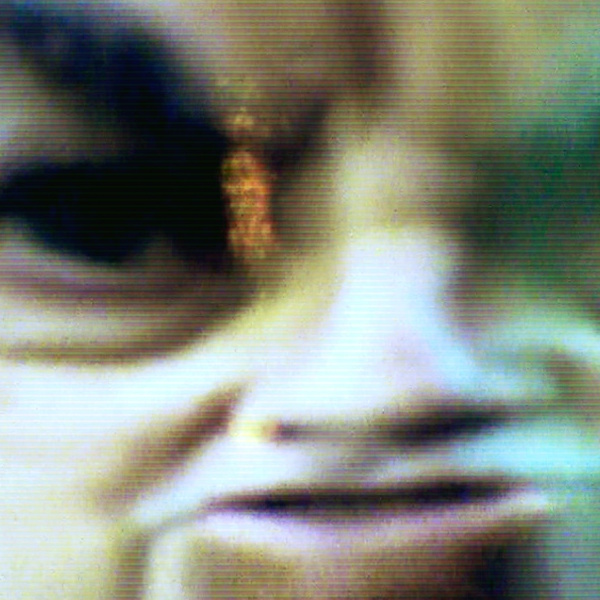 wikiGong.com has addressed the singularity and loneliness of humanity: Andrew Marvell’s “Deserts of vast eternity” surround us, and anyone else with wit to look. But what if we sent a message, with the speculative hope of anyone who commits a piece of paper in a wine bottle to the surf? What if we thought we had something worth saying? What if we wanted to be known? Remembered? Feared? Worshiped? Admired? What if we just wanted to help? If we were convinced we knew something important? Then, like Marvell, “let us roll all our strength and all / our sweetness into one ball” and fling it as far as we can! As many copies as we can, like dandelion seeds. A powerful gesture, drawn from the massive infrastructure sustaining wikiGong.com’s work, will send the best we can offer where we cannot go.

Suppose someone else sent a message like this, in an expression of…what? Hope? Fear? Arrogance? Proselytizing mania? In any case, some consuming passion. The message travels for eons. For this voyage, it has agency. It has everything necessary for a quest. It has vast patience, sustained by a tiny flame. (One does not simply walk across a desert of vast eternity.) It has feelings, much like its creators.

Now, what if the message arrives–with all its strength and sweetness–and we ignore it?