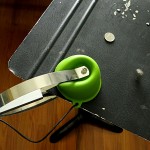 …in which our our grasp exceeds our natural reach.

In our last installment, my quarry escaped because my arms were too short. Thanks to safety railings and other impediments placed to ensure public well-being by well-meaning civil engineers, the objects of our auditory desire are often out of reach. The long—and short—of it is we were unable to achieve physical contact with the long cables of the east end of the San Francisco-Oakland Bay Bridge. 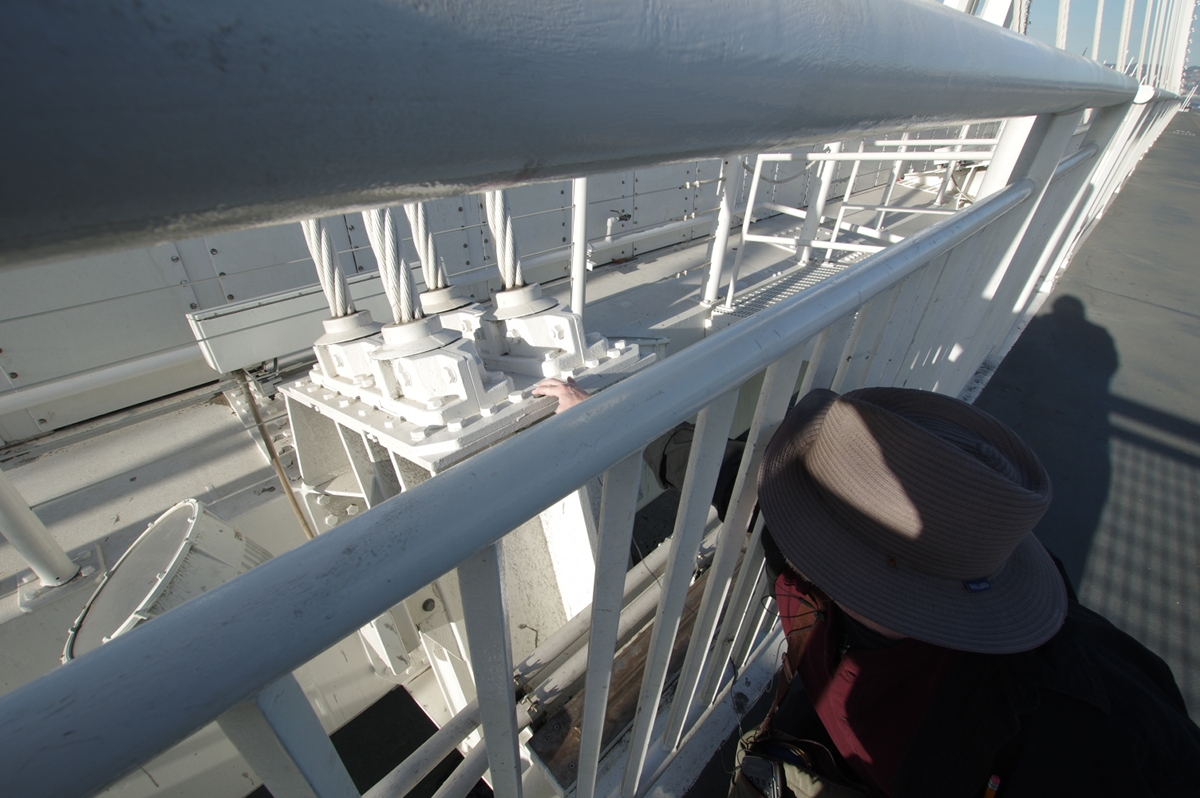 Here I am on the first Bay Bridge assay, failing to reach cables. Note the deformed hat as I try squeezing between the bars. As for the long safety guide cables, there are some here, just like those on the Golden Gate and Brooklyn Bridges, but these are too high to reach. Oh, for an extra thirty-two or forty inches!

The ArcMate company makes a brand of trash-pickers and household reach extenders they market under the name “E-Z Reacher“. Here are the parts needed to modify the E-Z Reacher tool to replace one suction cup with a Schertler contact microphone. First, the suction cup on one side is unbolted from the stainless-steel spring strips. 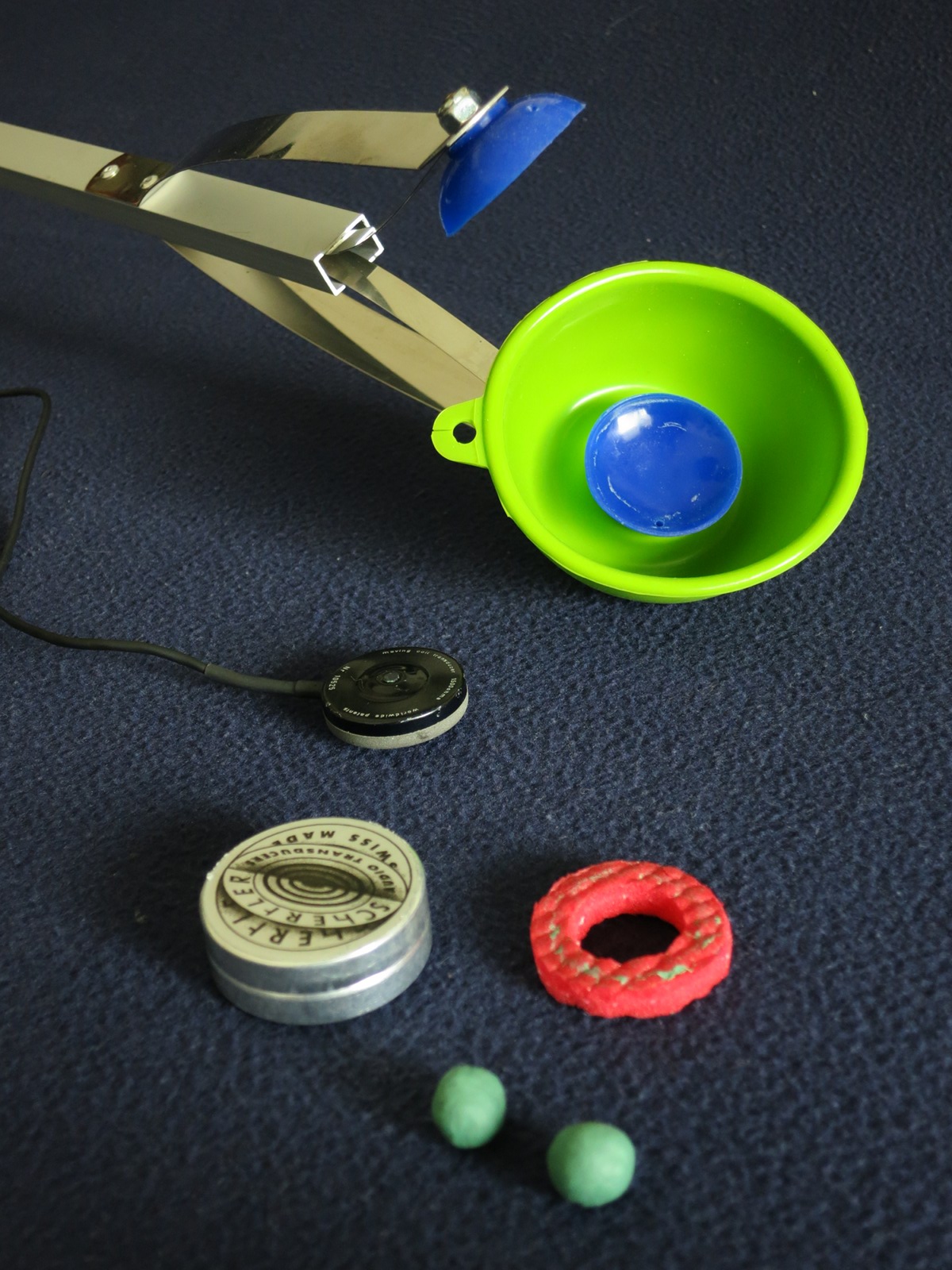 The wind guard is made from a silicone funnel. Cut off the funnel tip so just enough spout is left to nestle behind the base of the suction cup. Push the cup into the funnel and then remount the screw in its original location on the two spring strips.

This cup is a little stiffer than I would like, but wind is often a problem out where we work so I think it is needed. It needs to flex enough to conform to either a flat or curved surface. If the wind still slips through, we can add some artificial fur or find a more flexible material. 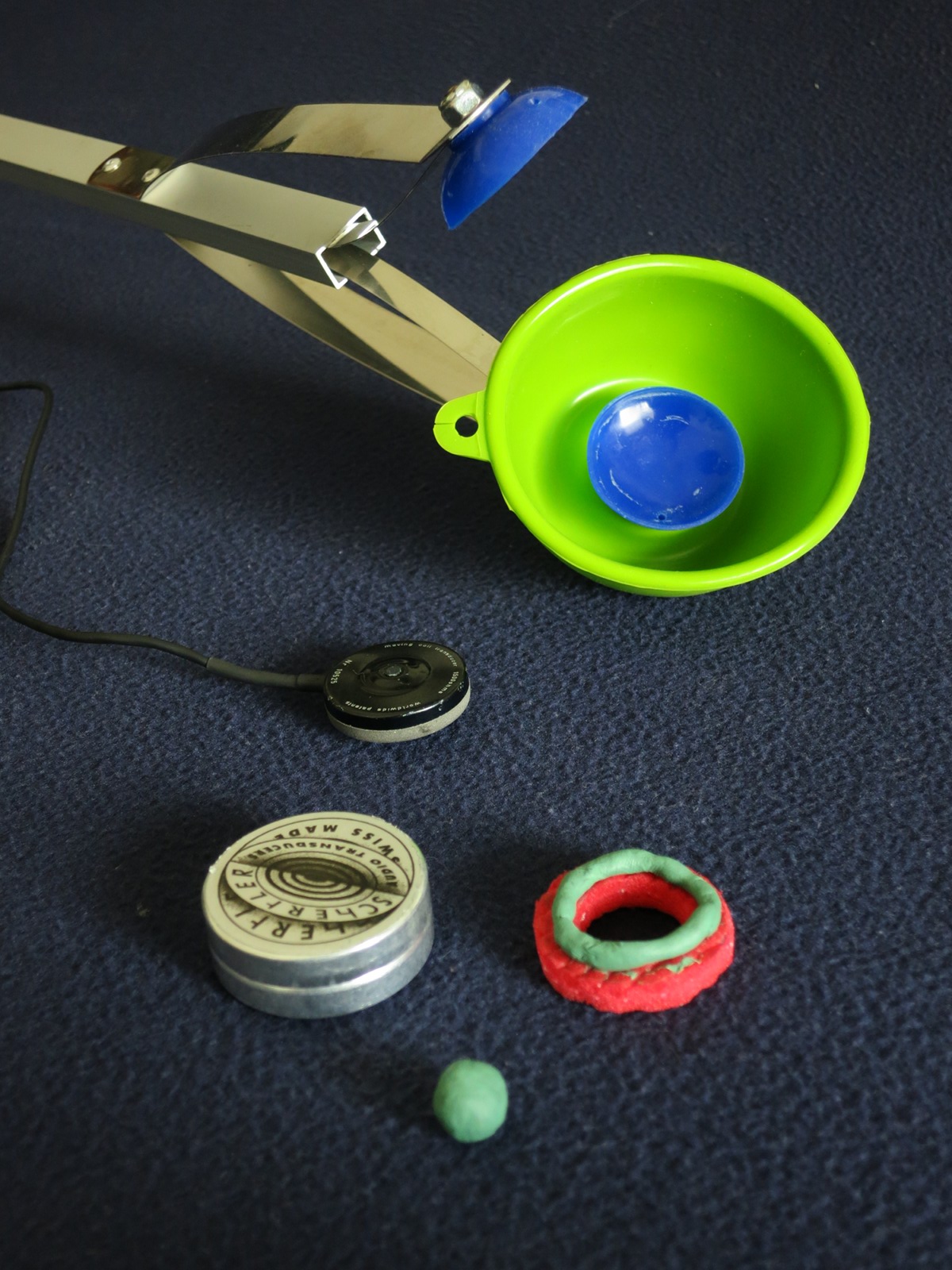 We want a firm clamping action but a flexible attachment angle. Some stiff padding from a sleeping bag mat provides some give and isolates the back of the mic from the screw head inside the suction cup. We can use the Schertler putty to adhere this foam damping pad to the cup. 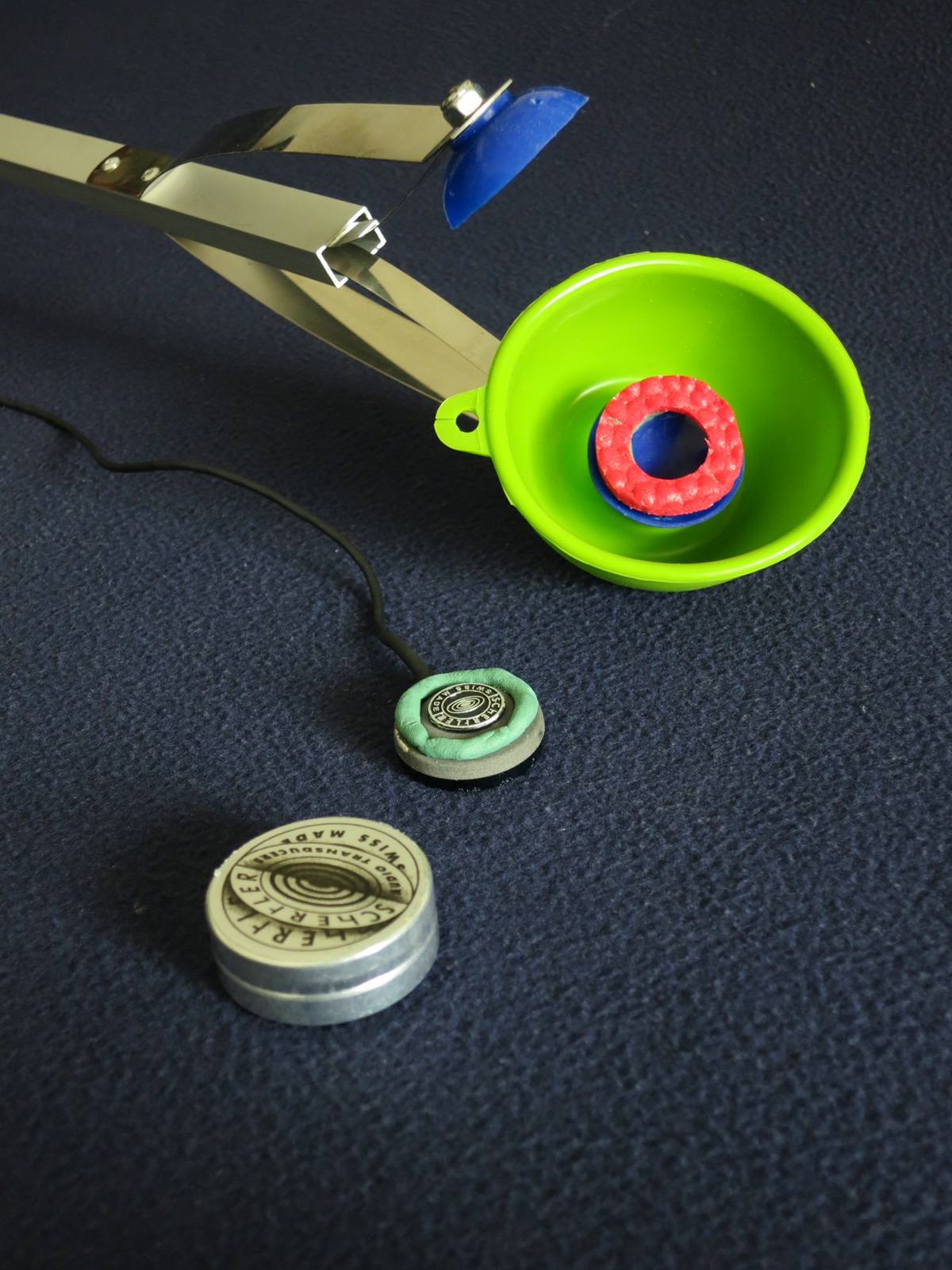 Our long-suffering Schertler contact mic now gets its own special treatment. The putty is put on the opposite side of the body from that usually recommended. This will hold it inside the suction cup on top of the foam. (Thanks, Caitlin Ayer, for this suggestion. It avoids sacrificing the Schertler to a permanent mounting.)

Here is the Schertler mic mounted in the E-Z Reacher cup, showing the entire stack. The funnel is partly collapsed to make it easier to mate flush with a flat surface. I split the little tab on the lip of the funnel with a mat knife so it could serve as a guide for the wire. 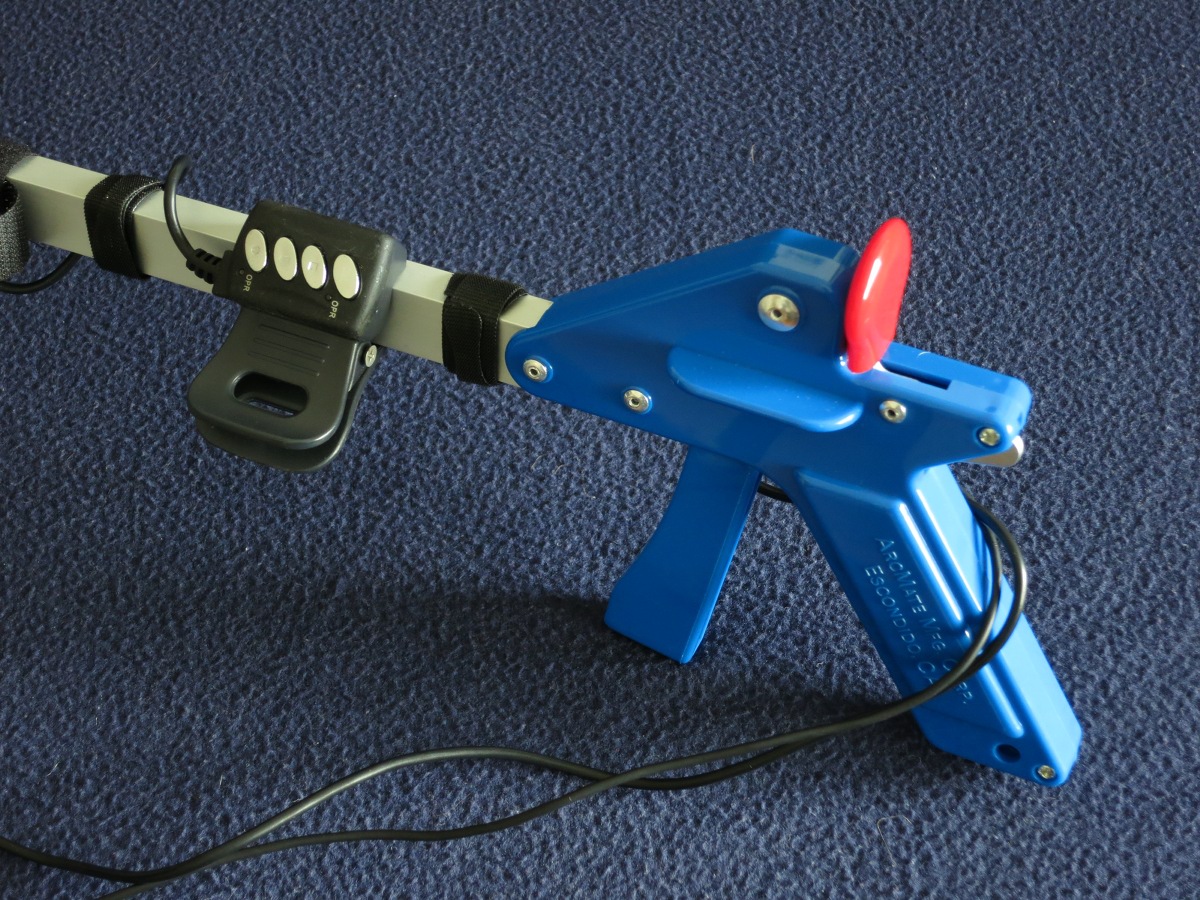 This model of the reacher has a locking feature we may or may not use. The pressure when latched is more than I prefer to subject the Schertler to, though it hasn’t interfered with test recordings. I also obtained an after-market wired remote for my Sony PCM-D50 that can clip to the shaft of the reacher. That way, the recorder can stay safely in the shoulder bag as I reach across open space and water (at least, that’s the theory). 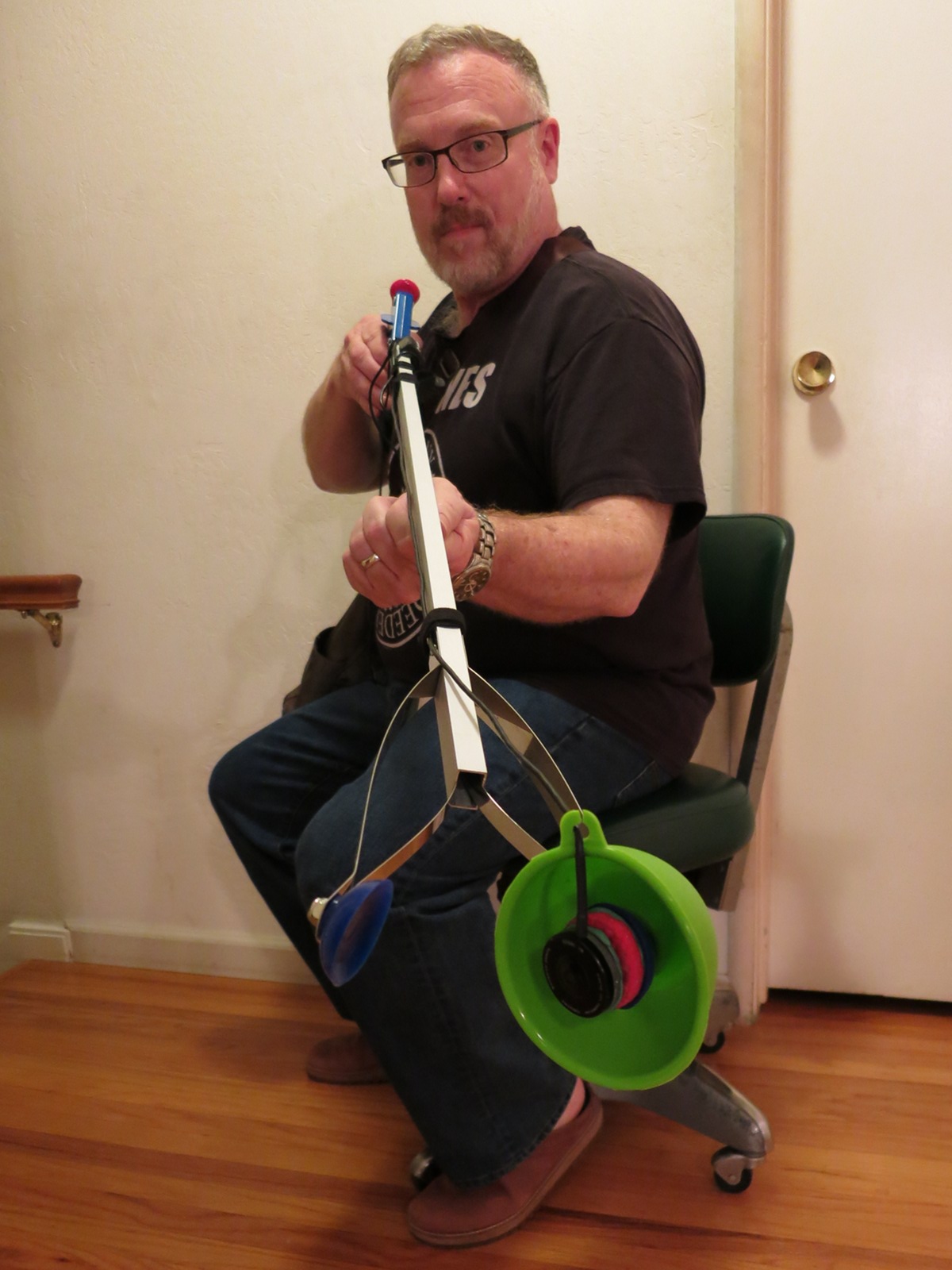 Here’s the finished tool in all its prosaic glory. The end result should give an extra meter of reach, maybe more depending on how the clip-on remote works out. It seems likely we’ll need foul weather gear on our planned assay in March. We’ll model that once we get there.

Spin tests of a quarter were performed on a wooden coffee table (3/4″ thick) and Manhasset M48 music stand.

Our proof of concept is done. Onward to the next challenge!