Posted by Mr Yesterday on May 30, 2015 in blog, history, personal, travels | No Comments 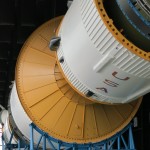 …in which we visit the rockets of Huntsville.

I had a business trip come up this week and found myself in Huntsville, Alabama ahead of schedule. Actually, I was on schedule according to the original itinerary but, as reality took over, plans changed and our party ended up with a couple of hours on our hands. The U.S. Space and Rocket Center happens to be in Hunstville and—though we were a day early for Biergarten Thursday—we joined a few dozen tourists and what seemed like a few hundred Space Camp kids amid tons of US Space Program artifacts.

OK, the Space Shuttle program orbiter out back is a fake (the propellant tank is real), but Huntsville has two Saturn Vs. This one is visible from US-72 heading east from the airport. It also casts a long shadow easily seen from space. The second Saturn V is expanded horizontally inside the Davidson Center to the left, off camera. 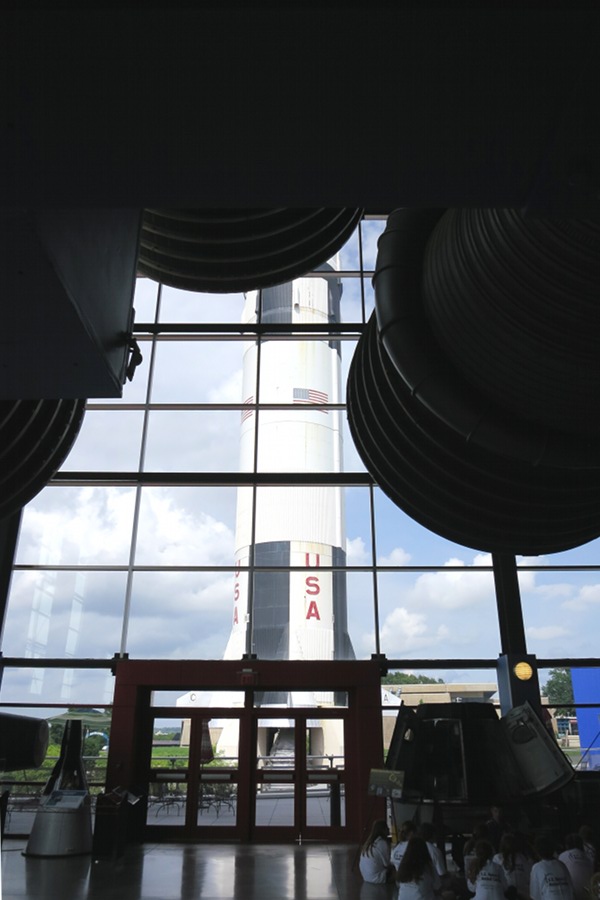 Here’s the view from inside the Davidson Center. I guess if you are really, really good you get to have two Saturn rockets. The exposure is set to capture the view outside, but check out the hair length on the Space Campers off to the right for some evidence that the US Space Program may no longer be the boys’ club it was in the ‘sixties. 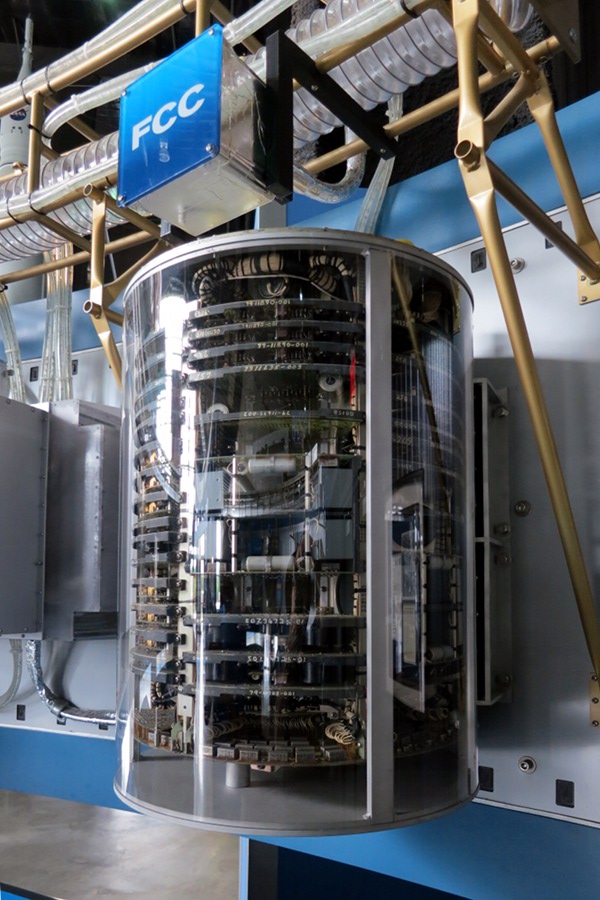 This is the Apollo FCC, the Saturn V’s analog Flight Control Computer, built by IBM back when digital was expensive and ran hot while analog was cool. It was likely housed in a pressurized stainless steel container like the one designed for the Saturn I that’s currently on view at the Smithsonian. 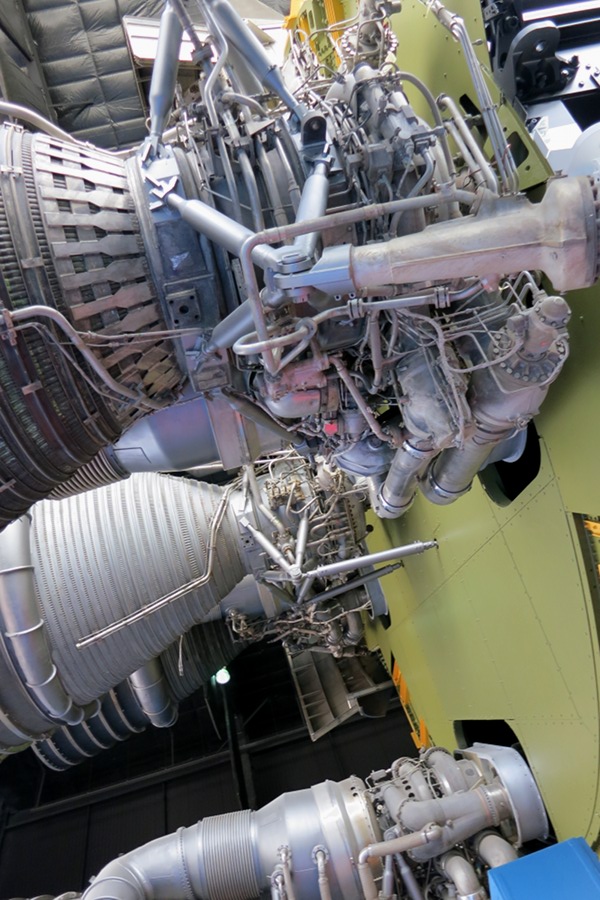 The Saturn V Stage I engines with their hydraulic steering mechanisms exposed are things of great intricacy, like enormous Swiss watches complete with “complications.” NASA has a great line drawing diagram of the engine design in this very detailed article about Apollo 8 documenta [Update 2020-12-03: Alas, both resources appear to have been reclassified as “members-only” material]. I recommend the Apollo Flight Journal materials indexed @ http://history.nasa.gov/ if you want maximum commentary linked to appropriate audio and images.

While you stare up from the floor at these engines, someone is almost certainly listening to the recording of the first engine test—purportedly all five engines were tested in the first live burn to accelerate the Apollo project—just across the hall. NASA has apparently found rocket engine audio quite popular when the right gear is used, and if you own a good subwoofer you might enjoy the samples currently posted on Soundcloud.

We just had a couple of hours but it was still well worth the $20 price of admission. Ad astra!