ringing out 2011…with a backlog

…in which we contemplate our sense of time

Can’t say I’m sad to see this one in the rearview mirror. Conventional wisdom re: wishing one’s life away aside, I usually prefer forging ahead to looking back. 2011 started well enough—full of real accomplishments for me, and here at wikiGong—but it’s ended up over budget and way beyond schedule. I wish I’d gotten a few more loose ends wrapped up, and a bit more done.

That’s especially true of my sorry record of posting to this blog. Thinking about writing, planning to write, crafting catchy titles—even creating raw photos and video footage—all went very well. And the WordPress conversion really delivered mobility and convenience. But getting things typed in while they were still fresh just didn’t tend to happen. I haven’t established a rhythm, or developed a habit, of writing, of publishing. 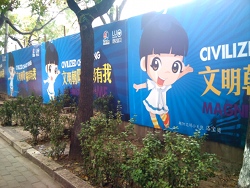 For example, I intended to post Barbie is alive and well…and she’s living in Beijing from China one Saturday, complete with the crummy cell-phone photos I made after my real camera jammed on a grain of sand. (The sand had been ingested weeks earlier while I was working on the GI Joe sequences for SoundWalk 2011. I’d even brought some of my post-production work with me to Beijing in case I found free time. Optimism!) Suffering from jetlag and still sleep-deprived from our October 1 performance, I’d wandered around the Chaoyang district most of the day, intrigued by the changes visible since March and the previous October, by how so many places lit by neon lights at night look like they’re about to fall apart in the daylight, by all the new and gaudy buildings, by young people’s displays of fashion. 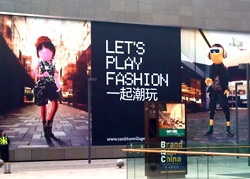 And I was in a mood. There was something artificial and weird about the whole Beijing experience this time around. Some Western sauce had been troweled over parts of the city, especially that triangle formed by the Olympic Park and the Airport Expressway. I’d ridden the subway—packed at five PM on that Saturday—and been struck by the faux nature of, well, just about everything. Wondering why everywhere wants to be like Las Vegas.

But having walking some nine miles and change around the city, I ate dinner and fell asleep. That needed to be a journal. If I write it now, it will be a memoir. 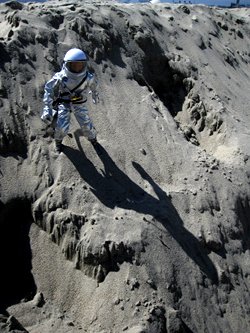 I have to admit the SoundWalk post-production effort has been a black hole. Lots of work has gone in, but after a while nothing seemed to come out. Perhaps my oh-so-serious ambition caused everything to crumple into a gravid little ball. Maybe not enough time has gone by for things to ripen, and certainly I haven’t been able to put enough time in to get any real quality out. But I expected at least I would have gotten up a post about the event. That’s another TBD.

So, here’s to 2012. May we all get more done. May I find a blogging tempo that works. May the SoundWalk 2011 project finally finish.

Here’s to a good New Year.