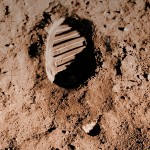 …in which we prepare our usual media blitz.

If Long Beach A LOT 2014 is anything like 2013, these aren’t really the final posters. Last year’s dates, venue, and lineup all changed and we couldn’t have predicted the outcome of an autumn equinox show by the end of July (this year, “October” starts in September, apparently). Still, it’s been a fine approach so far to plan big and then scale back to fit the eventual venue, which then somehow manages to overwhelm us in the end. And the end is…well, just to get the audience to the show…not to overspecify the performance.

The only thing absolutely certain about this year’s entry is the title of our performance proposed to the ACLB A LOT committee: The Floating Bridge of Dreams. Given the volume of material we’ve been collecting from the Gerald Desmond, it’s most likely this is going to have something to do with what we ultimately present September 28.

We had been planning to reprise our 2011 performance of Elegy for Matt Mason, so we whipped up an update to the original Imaginary Voices/Mission Control poster. The roster this year is looking a bit full to accommodate a work this long within a single appearance—plus we’re not assured yet it will be dark enough for video projection!—but the poster doesn’t nail us down, exactly. Mars and dusty dreams are among our recurring themes, after all. And then there are childhood dreams, and adult pastimes: corporate meetings and office bingo; staring out the window onto the parking lot of freedom; dressing for success. Did you know that “play scale” Ken is proportionally several inches taller than GI Joe? He is also nowhere near as articulated, though equally tongue-tied. This poster is intended to accompany our piece Buzz, which is only a working title. We’ve updated the performance time since our first post a week ago. Apparently we’ll be performing this year during the “dinner hour”. But stay tuned. We’ve been learning that when it comes to Long Beach arts events, anything can happen, and something usually does.