Did it all get done? Well, we showed up and FLOOD had a place for us, we performed, and people came. A good time was had by most, if not all, from what we heard. So, yeah, it must have!

FLOOD will be putting together their compendium of 2010 documenta shortly. We’ve wrapped up our contributions to that—cleaning up the video, making PDFs of the score and program, mounting the floor sweepings in an artistic fashion—as well as putting the studio back together and resuming working life.

Our final SoundWalk 2010 performance of “SoNoGram” is posted in its entirety on Vimeo and linked here on its own project page. Jacob has as always documented the situation assiduously on Flickr.

Getting it all together

As the date approached there were things we had and things we still had to secure. Good time to start a list or two:

Stuff we did or tried to do 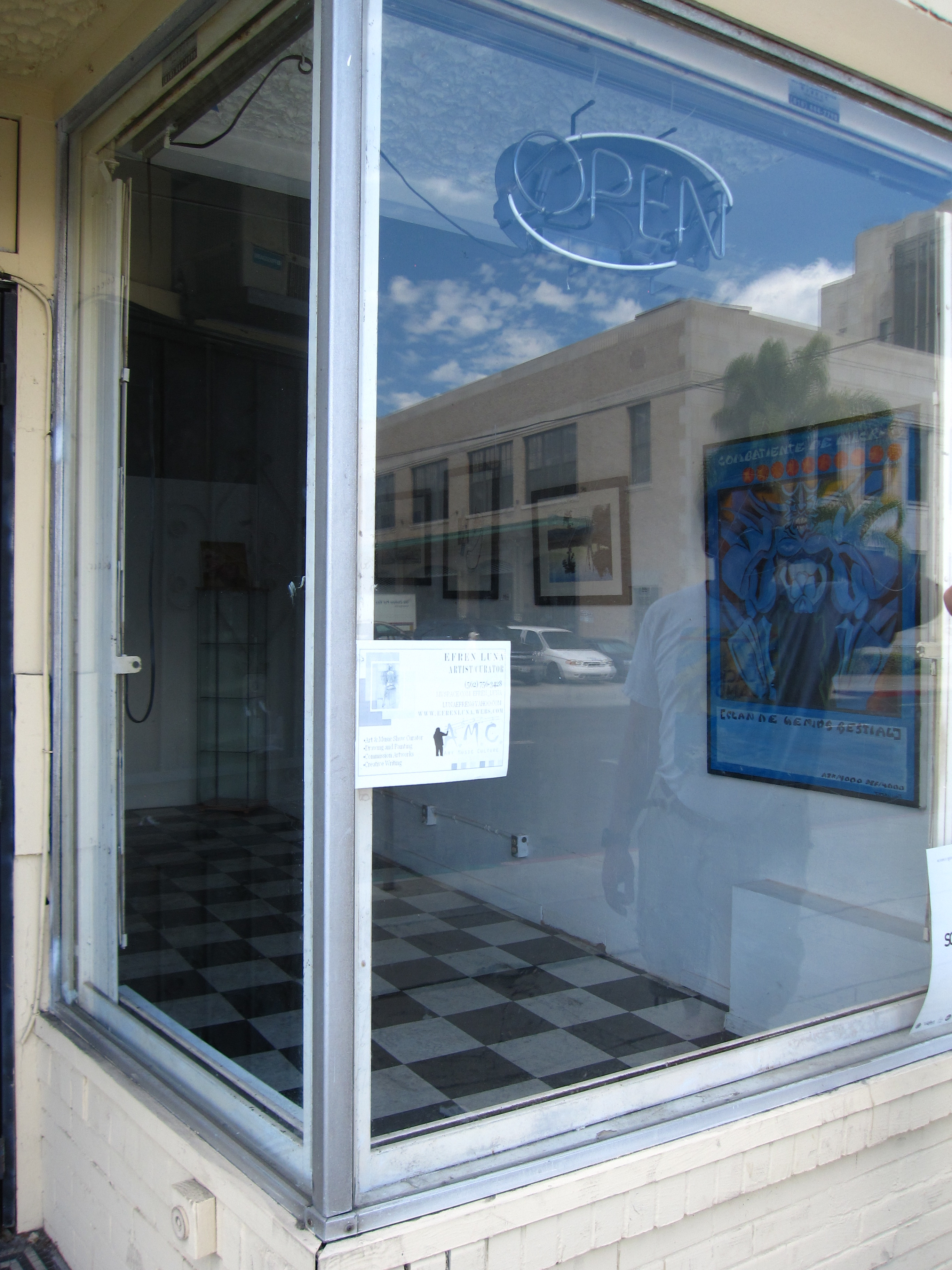 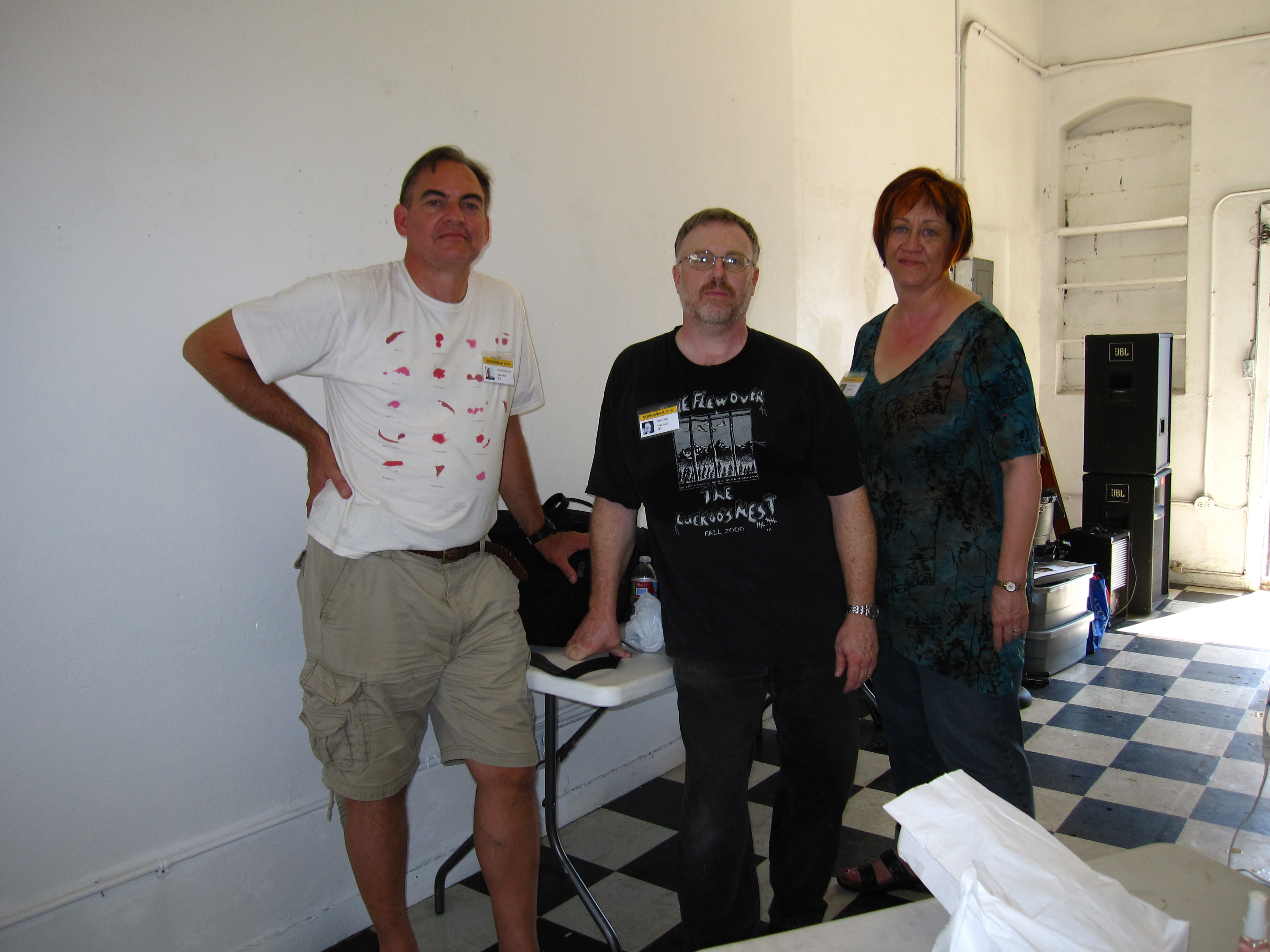 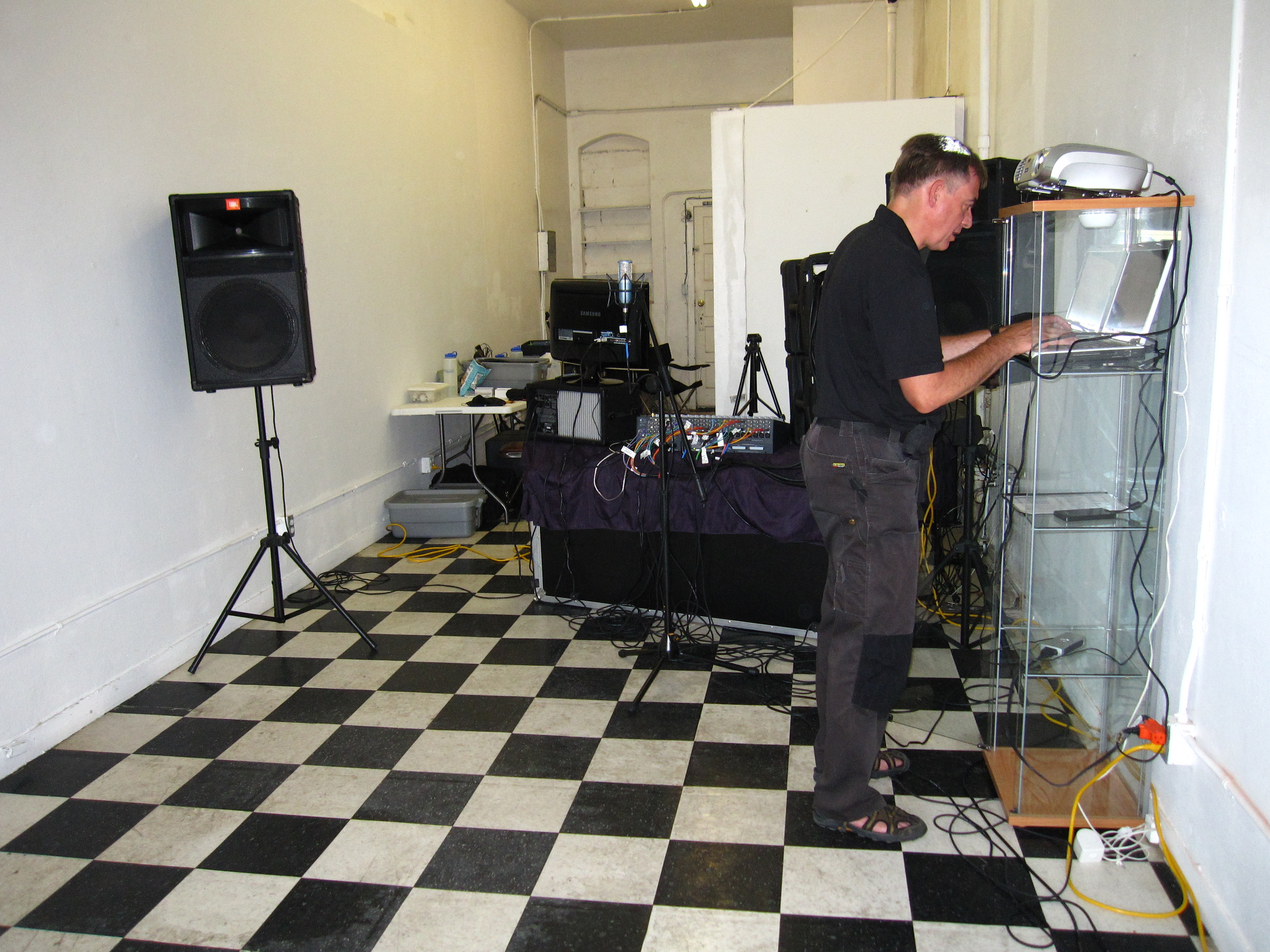 Jacob sets up the slide show. Did we mention a half-storefront is pretty tiny? 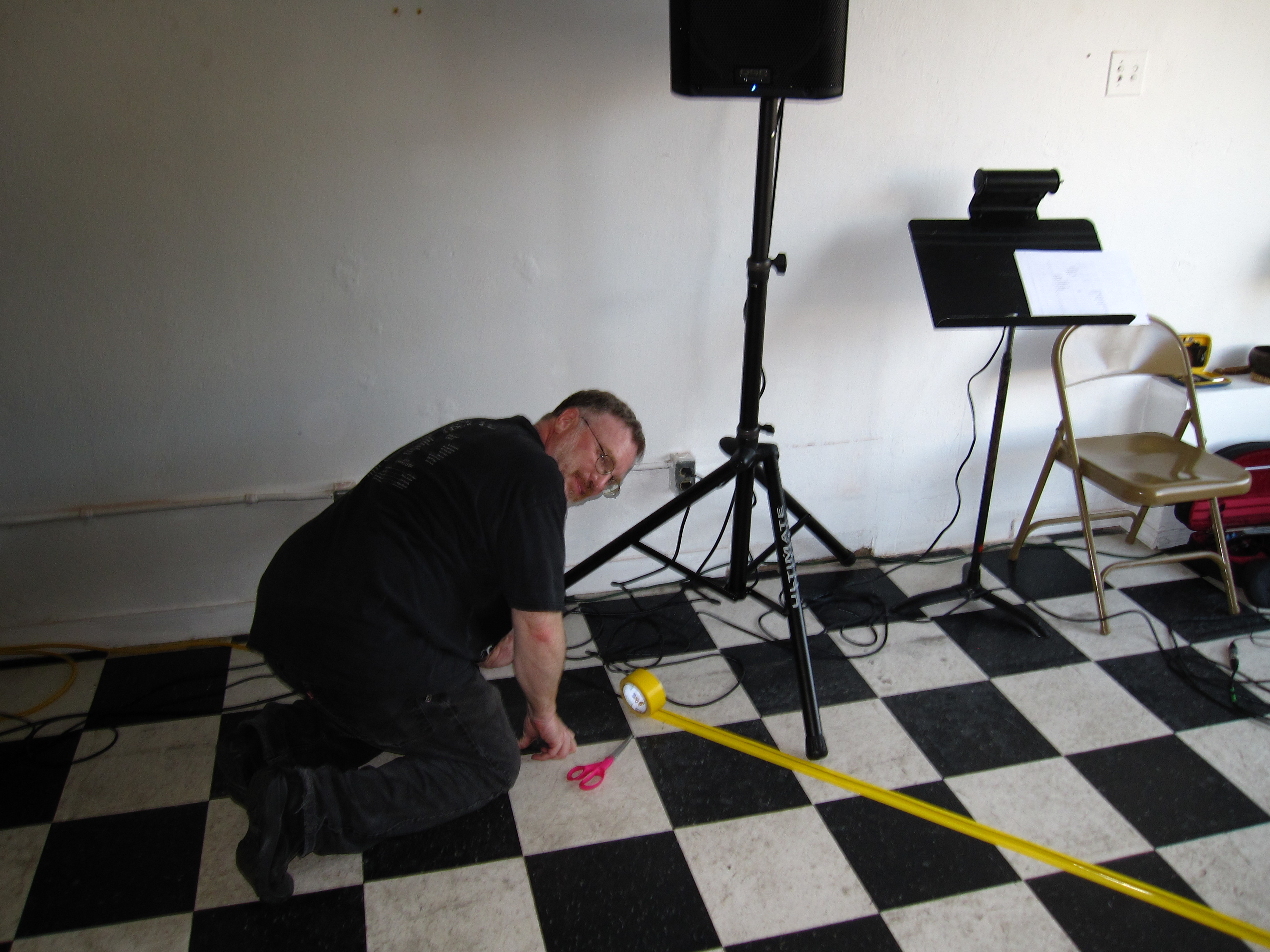 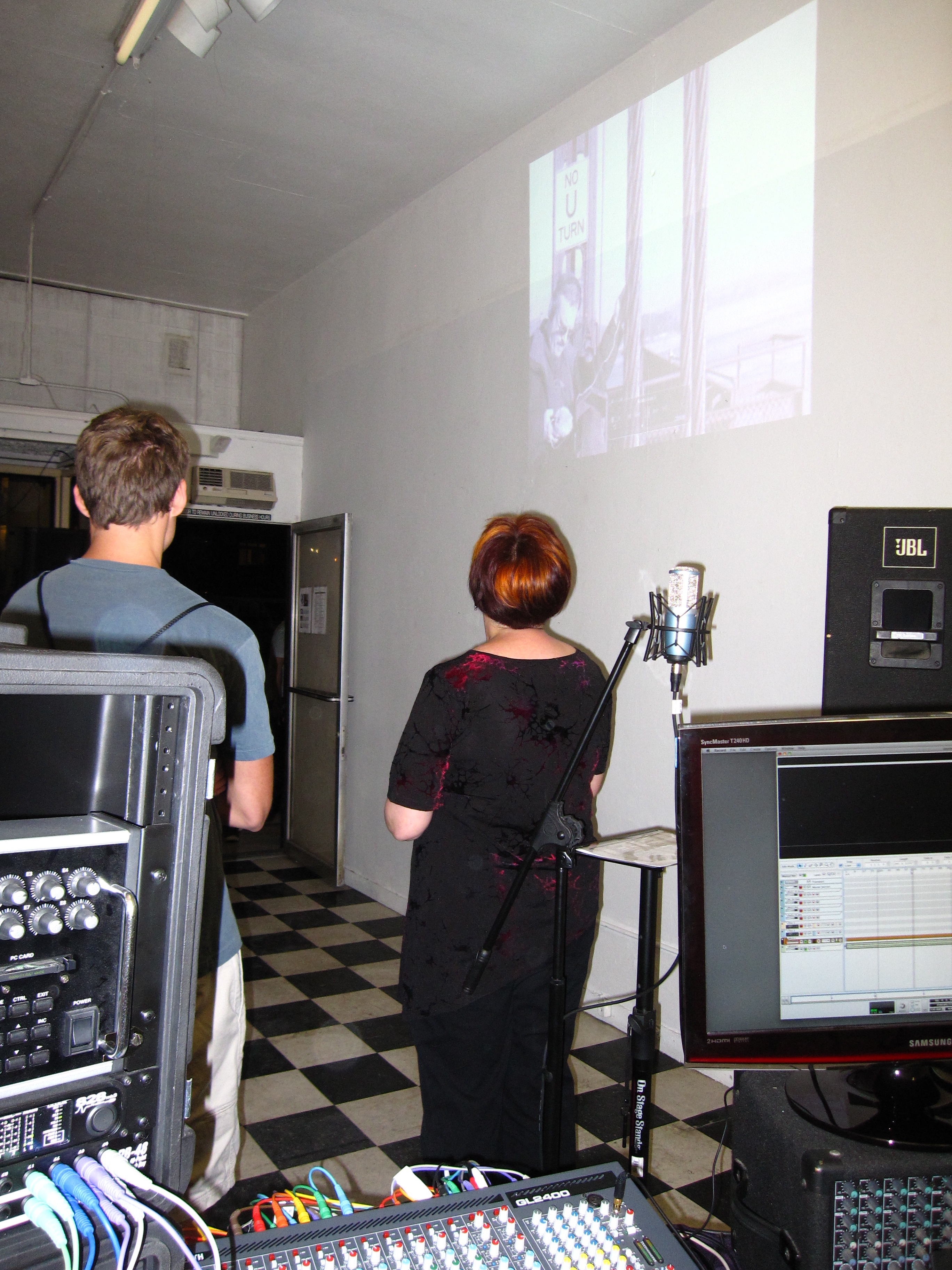 Things that changed
Jacob discovered a chandelier depot over the Los Angeles River during the summer. We went back to check its current appearance October 1, 2010. Some graffiti gone, some new…. Apparently the chandeliers are selling well: there was only one left! 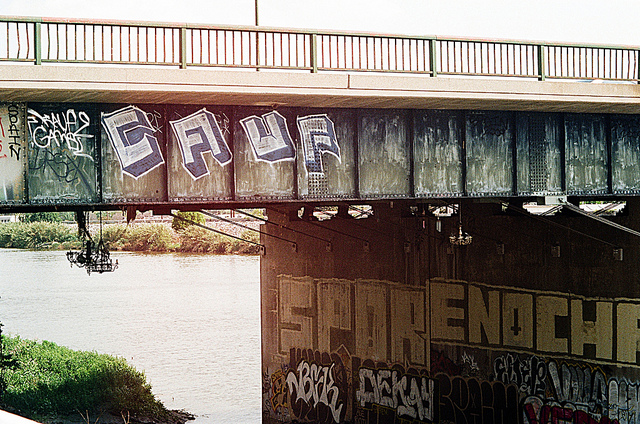 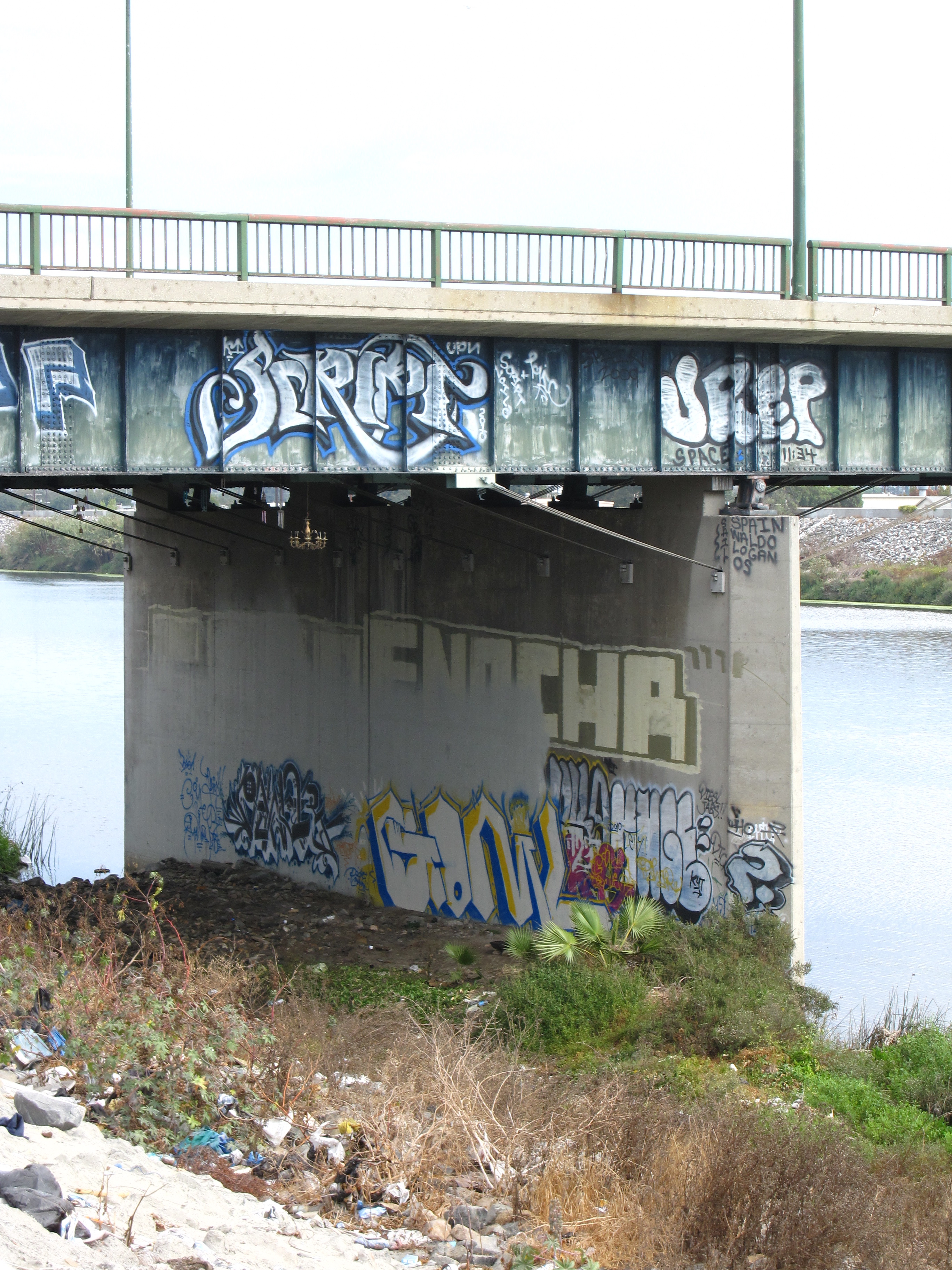 All wikiGongistas squeezed into the same room with all the gear for several trial runs of “SoNoGram.” New to the mix:

Much was learned about setting up and configuring the equipment, and the vagaries of mixed and ambient recordings. The piece gained complexity and duration. But what will we do for an encore?

Our first real working session for SoNoGram was a technical success and occasional laugh riot. There’s a lot going on here:

Plus what’s not visible:

True to form, Jacob’s being physically in Long Beach did not interfere much with his performance, and we got some new “river” imagery going in the text (this thanks in part to Rebecca’s comment during our initial brainstorming session after viewing Jacob’s photo with the chandeliers, below; see more on his Flickr page). Of course a direct feed gives better fidelity but using the mic was too Rube Goldberg to pass up, and I didn’t have to reroute anything on the board or the MOTU.

Oh, and we got some interesting sound, too…. 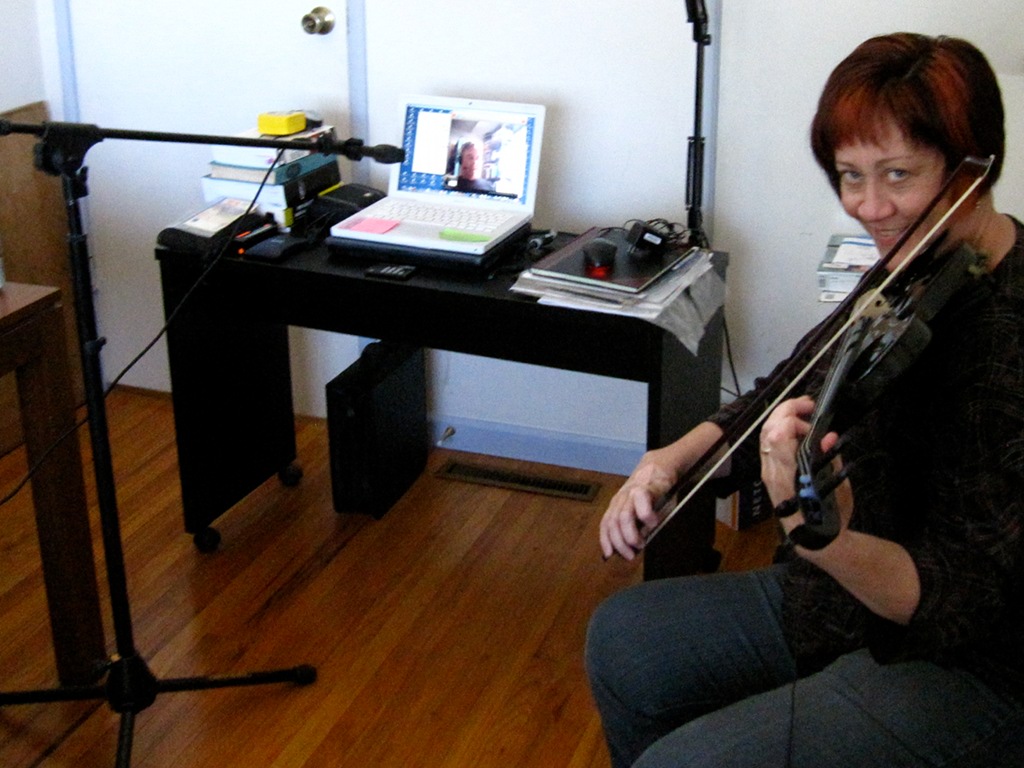