We walked all over Denver on a Sunday in late February 2011. The day started blustery and stayed that way. Denver’s statuary was strummed vigorously by gusty winds so we took advantage and conducted a few interviews.

Starting near the Denver Art Museum, we worked our way across Thirteenth Avenue and through Civic Center Park, past throngs of demonstrators against Middle Eastern governments at the Colorado State Capitol. On reflection, the rally probably did us a favor by drawing the local constabulary’s attention away from sound samplers and toward peaceful protest. 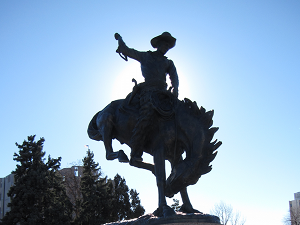 Most of these pieces are in pedestrian areas, away from heavy vehicular traffic, so the wind was the prime stimulus. As a result, several of the recordings came out a bit faint; they were normalized before posting. The noise floor is clearly audible following the normalization process, but some of the resonance comes through as well.

There are two equestrians and one winged horse in this sample, so this added a bit to our long term Rhetoric of Equestrian Bronze collection. And while most of the works were hollow bronze, diSuvero’s “Lao Tzu” is made of plates and beams of construction steel; that recording turned out noisy, bright, and almost strident compared to the bronze.


Dan Ostermiller’s “Scottish Cow and Calf” (2006) reside just west of the Denver Art Museum’s Hamilton Building. The recordings of the cow were taken with the microphone against the lower lip and left shoulder, respectively. 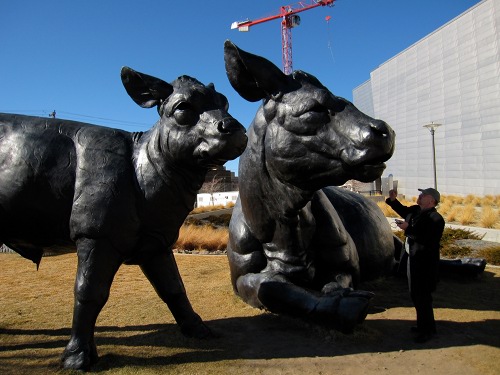 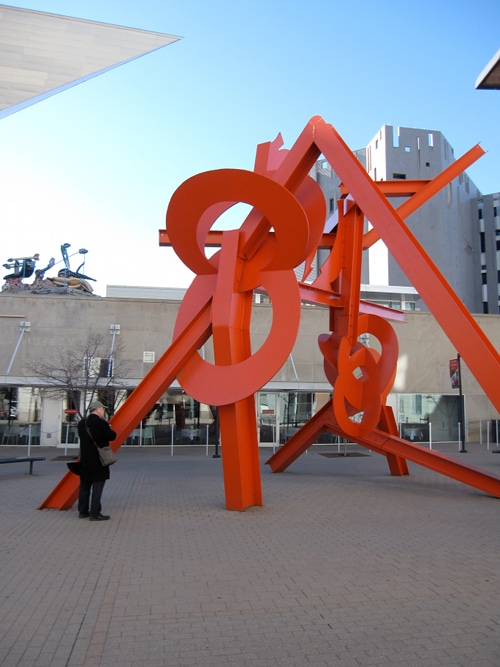 Lions guard the Greek amphitheater at the south entrance to the Civic Center Park green. An in-line hockey match was being set up as we arrived. Note the Denver skyline, full of construction cranes.

“On the War Trail” by Alexander Phimister Proctor (ca. 1920) stands near the center of Civic Center Park, facing north.

File Denver Sculpture On the War Trail at freesound.org 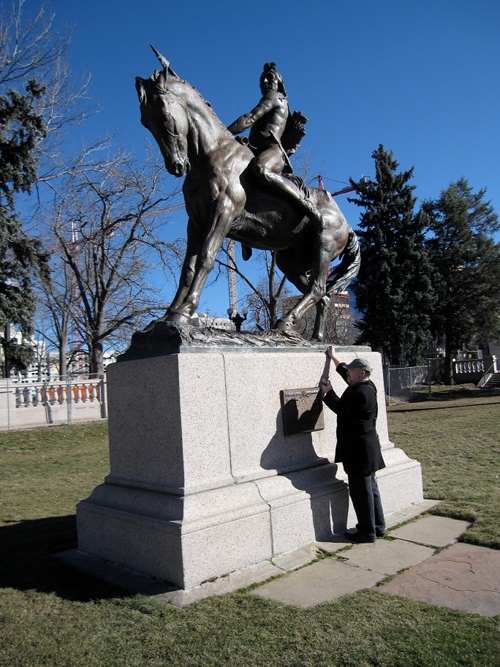 “Bronco Buster” by Alexander Phimister Proctor (ca. 1915) stands near “On the War Trail.” 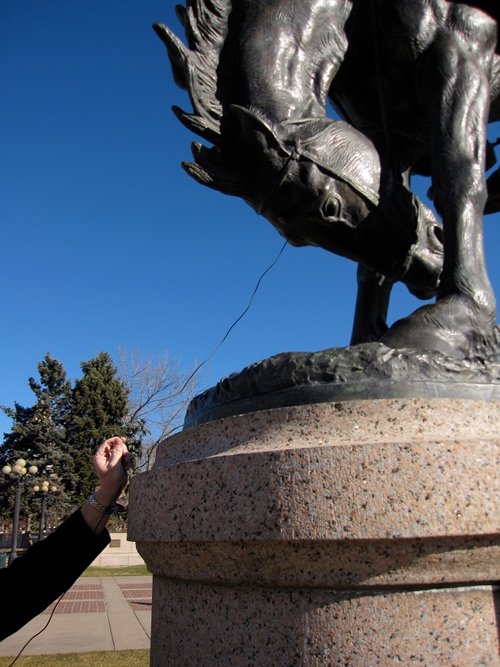 “In Honor of Cristoforo Colombo” by William F Joseph (1970) is near the north entrance to the big green of Civic Center Park. 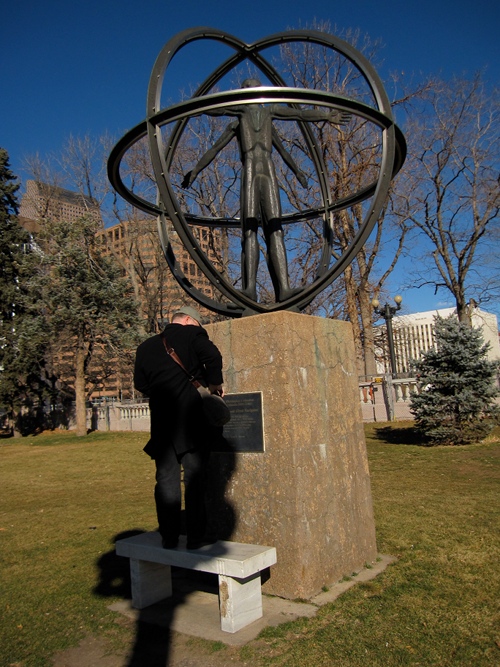 The Sea Lion Fountain by Robert Garrison (1922) was conveniently drained for the winter. Listen for the sound of Cait’s boots in the marble basin. 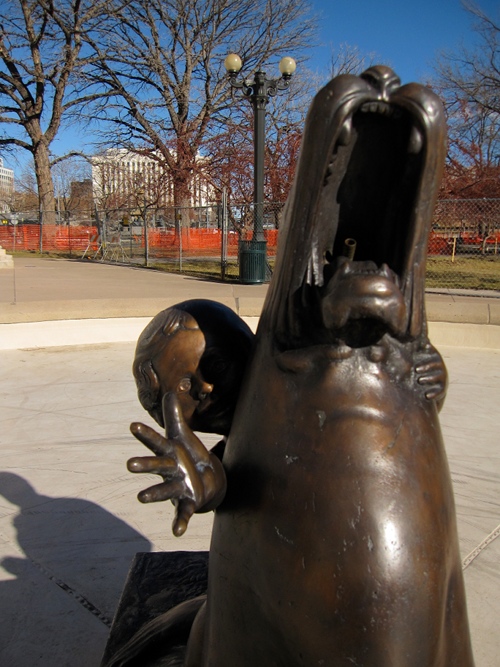 A Liberty Bell copy (ca. 1950) stands near Lincoln street across from the Colorado State Capitol.

“Millennium” by Sandy Scott (ca. 1999) rears up in downtown Denver’s Writer Square. The first recording was taken from the left wing; the second take was taken with the microphone on the horse’s belly.