What would make a good gong? Suggest candidate structures below. Are you going to be near a candidate megastructure anyway? Call in a podcast or invite a participant community. Have an idea so grand it's worthy of independent funding? Write a grant or invite others who've done it.

Once a proposal reaches some as-yet-undefined critical mass it should spawn one or more separate project pages. Branch off if a concept seems worthy of development on its own merits. We encourage you to add links to the contents of new pages here if you move them! 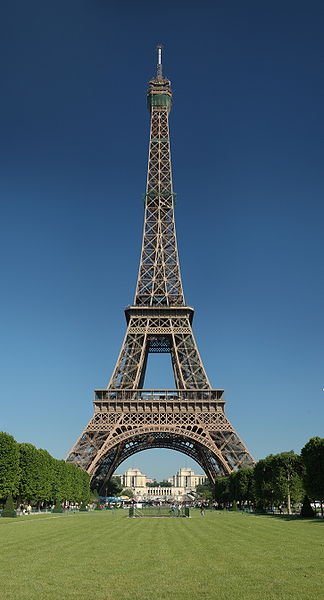 Overview
Obtain as many audio samples as practical while operating as discretely as possible. The idea here is not to create a public spectacle but to prepare for a later signal event. At the same time, participants should aim to capture as much interesting raw material as possible, and to document the activity for posting on the website. This will promote the more extensive activities to follow.

Output includes a list of “stations” – locations around the tower with unique sonic characteristics. Written notes need to be in enough detail that these stations can be identified to future participants; matching photos might help as well, with thumbnails posted to provide visual “landmarks.”

If possible, the activity should take place over a season or two in order to understand the impacts of time of day, public traffic load, and weather. Do stations sound the same under all circumstances or do they vary dramatically, like the Golden Gate Bridge on windy versus calm days? Does the load of people occupying the tower vary, and does this have an impact? What appears to stimulate sound?

Overview
A team of volunteers converges on the tower to occupy the various stations identified in the sonic assay. The goal is to sample the station points at the same moment in order to create a sonic “hologram” of the tower.

Coordination is more critical and far more complex than in an assay. See the gongMob! discussion.

A short list of candidates with brief descriptions. Jot them down even if you don't have time to develop a full-blown scenario; someone else might.

The Eiffel Tower
Of course it makes sound. Wind, people, and the lift are constantly exciting the ironwork. How to capture it? Fifty determined documentarists disperse about the structure with digital recorders? How about cell phones? The era of wideband voice is nearly here; can we tap it?

Oil wells
Jacob and I have been discussing this for a while: what is the sound of an oil field being emptied? Can the noise of the many wells be captured, all at once? A mob action could be conducted in conjunction with the 2010 Long Beach SoundWalk. Reconnaissance is returning a few images of the drilling itself, and more recently, of exploration.

The Queen Elizabeth II
After a day or two on the open sea some of us would likely be dying for something to do. Here's a project.

Sea Launch
A floating North Sea oil rig recycled as an equatorial satellite launch pad. It must ring with all kinds of noises even when a rocket is not being launched from it.

The USS Enterprise
Is it better to ask permission or beg forgiveness in this case?